Field peas (Pisum Sativum) are excellent low glycemic index substitutes to a number of non-grain and grain carbohydrate sources. In addition, pea is not ranked as a natural allergen, and contains a number of essential amino acids, vitamins and minerals. All these make concentrates of Yellow Peas very attractive ingredients for use in gluten free, hypoallergenic and weight control Pet food formulations.
Two dry complete diets for adult dogs were produced at AM Nutrition facilities in Stavanger, Norway. Both diets were fish-based and only differed in inclusion levels of AMN Pea starch concentrate and potato flakes, being Pea starch of 35% (diet A) and of 21% (diet B). Digestibility coefficients of both diets were determined at Summit Ridge Farms, PA, USA, and a palatability study was run at Panelis research center, Elven, France.

Though not statistically significant, dogs preferred high inclusion of AMN PSC65, as indicated in the figure. No differences in digestibility and stool consistency were observed between groups. The present study clearly showed that inclusion level of AMN Pea starch concentrate up to 35%, does not affect digestibility and palatability in dogs in the given formulations. 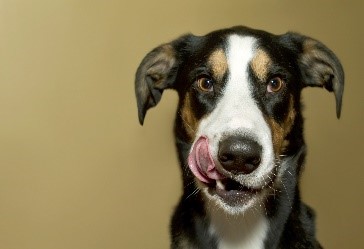 AMN CarryMoist® as a viscosity agent in semi-moist Petfood

AM Nutrition Blog​Reformulation of Petfood diets with AMN Pea ConcentratesLaura Gil Martens, Chief Nutritionist, R&D Manager, AM NutritionThe post-Covid situation and the ongoing conflict in Europe have resulted into a limited availability of ingredients and a...

Want new articles the moment they get published?
Subscribe to our blog.